Tired of COVID-19 everything all the time?

What do you say we get back to a topic near and dear to all of us?

And that’s talking about chicks!

I had been dating someone the past three months.  We met before social distancing, went out three times then continued to stay in touch once we could no longer meet up in person.

For various reasons, it became clear to me she was not what I was looking for.

Since we had spent so much time together, albeit much of it by phone and text, I organized my thoughts to prepare for the break-up call.

But I came to notice as my text responses got shorter and shorter, hers did as well.

Was she not feeling it either?

I made a couple of attempts to get her on the phone but it didn’t happen.

I stopped initiating texts and so did she.

There was something taking place that I wasn’t used to.

I call it the fade.

Both people just fade away without ever voicing their desire to stop seeing the other.

I was relieved because I was dreading the break-up call.

But I was becoming increasingly uneasy as I realized she probably felt the same way.

My ego was bruised.

And I was feeling less in control of something for which I thought I had the upper hand.

On the surface, the fade seems easier but in reality, it’s yet another challenge to keep our thinking “clean” about ourselves. 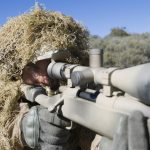 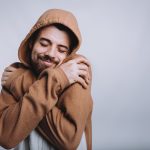